Nach, the first krump choreographer to bring this ‘uplifted’ dance form to the stages, gives us an insight into her experiences, approach to life and the world. Bringing krump circles as far as Japan, the numerous encounters she has made along the way make us question our own processes, risk-taking and deconstructions.

Similar to hip-hop, krump came to France via images filmed in the USA. Accordingly, Nulle part est un endroit, opens with extracts from Rize by David LaChapelle, a film which stirred up a passion in France for a culture owing its name to an acronym: « Kingdom Radically Uplifted Mighty Praise». By means of vivid images the choice of which reflects her maturity as an artist, Nach uses her passion for the subject as the starting point for a quest to go beyond all limits. This was the case right from her solo Cellule, in which we discovered NAch not just as a dancer but as woman. Her travels have taken her to new horizons, during which she discovered that the krump spirit also finds an echo in the Andalucian duende. A laureate of the Villa Kujoyama, her work with butô masters and the various encounters that ensued alerted her to the universal nature of her experiences, from kathakali to classical ballet! This danced conference is an invitation for us to turn our lives into a constant source of adventure.

Nach is an associate artist at Les Hivernales – CDCN d'Avignon with support from the Ministry of Culture.
The Nach Van Dance Company benefits from the support of the Institut Français for its tours abroad. 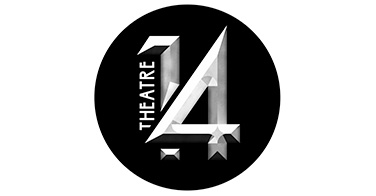