Embodying Pasolini is an original performance created by Olivier Saillard and Tilda Swinton. For the first time, the event brings together a wide selection of costumes designed by Danilo Donati, prepared by the Farani workshop for Italian director Pier Paolo Pasolini.

Pasolini’s filmography finds its reflection in a set of nearly thirty costumes, dresses, coats, and hats. These fragile pieces feature woven and dyed thread. The costumes and outfits from The Gospel According to St. Matthew, Oedipus Rex, A Thousand and One Nights and Salo, or the 120 Days of Sodom, all of which are archived in Rome, highlight the long-lasting and fruitful collaboration between Pasolini and Donati. The performance retraces the process leading up to the exhibition: when the pieces were discovered, identified, and assessed, until they were brought into this space and worn again, which was originally prohibited. In this case, the pieces are exhibited on human shoulders, flesh and bone. The transient costumes, silent prisoners of their monumental allure, go back to work for one last scene. On Tilda Swinton’s fleeting, contrasted body, these costumes make a brief appearance for a daring try-on session, with an audience full of witnesses. Swinton, a silent mannequin captive to its own memory, tries on the costumes for everyone to see. Captured in the fabric, she doesn’t play the part of the costumes’ original wearers. Instead, her role is precisely the lack of a role, highlighting a now explicitly orphaned costume, separated from the body, from the actors, from the films.

Produced by Studio Olivier Saillard
Co-produced by Zetema Progetto Cultura, Roma and Azienda, Festival d’Automne à Paris
In collaboration with Fondazione Sozzani and La Mode en Images
With the support of the Ateliers Farani – Luigi Piccolo for the costumes and the Laboratorio Pieroni
In partnership with the Clef Tour Eiffel The Crest Collection by the Ascott Limited

With support from Gucci

Please telephone directly the theatre booking office or register to the waiting list for shows which are listed as “sold out” on the Festival website.
Fondazione Sozzani 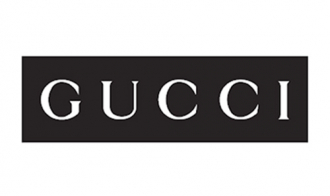 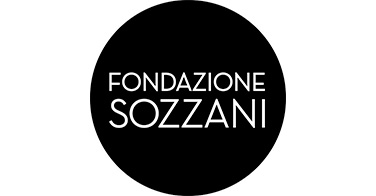 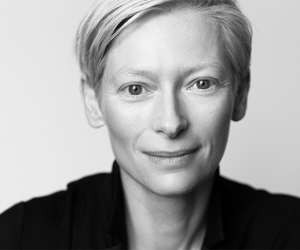 Tilda Swinton started making films with the director Derek Jarman in 1985 with Caravaggio. Her second film was Peter Wollen’s Friendship’s Death. She and Jarman made seven more films together, including The Last of England, The Garden, War Requiem, Edward II (for which she won the Best Actress award at the 1991 Venice International Film Festival) and Wittgenstein, before Jarman’s death in 1994. She gained wider international recognition in 1992 with her portrayal of Orlando, based on the novel by Virginia Woolf under the direction of Sally Potter. She has established rewarding ongoing filmmaking relationships with Jim Jarmusch - including Only Lovers Left Alive and The Dead Don’t Die, Joel and Ethan Coen, Lynne Ramsay (We Need to Talk About Kevin), Luca Guadagnino (I Am Love, A Bigger Splash, Suspiria), Joanna Hogg (The Souvenir Parts 1 and 2) and Bong Joon-ho (Snowpiercer and Okja). Tilda Swinton also worked with the Hungarian master Béla Tarr (The Man from London, 2007), and has featured in the critically acclaimed comedy Trainwreck by Amy Schumer directed by Judd Apatow. In 2020 she made The Human Voice with Pedro Almodóvar. She received both the BAFTA and Academy Award for Best Supporting Actress of 2008 for Tony Gilroy's Michael Clayton. In 2020, she was the recipient of both a BFI Fellowship and a Leon d’Oro at the Venice film festival for her lifetime’s work. In 2022, she received the AMPAS Visionary award along with Julia Roberts, Sir Steve McQueen and Miky Lee. In 2021, Tilda shot George Miller's Three Thousand Years Of Longing in Australia opposite Idris Elba, reunited with Wes Anderson for the fifth time for Asteroid City and Joanna Hogg for a third time on The Eternal Daughter. She recently shot with Julio Torres on his Untitled Feature Comedy with A24 and David Fincher on The Killer for Netflix. Tilda Swinton is the mother of twins and lives in the Highlands of Scotland.