Federico León, author, director, actor and Argentinian filmmaker, is a major figure of the Buenos Aires independent arts scene. Las ideas, his latest theatrical creation, looks every bit like a work in progress: sat at his work table (a table-tennis table), the artist grasps different ideas buzzing around his mind, analyzes them, confronts them with other ideas, submits them to a collaborator, asks himself how they could be put into practice and, little by little, starts to shape new works. Before their very eyes, audiences witness the artist as he creates, hesitates, corrects, confronts his computer, surfs the net, edits video sequences, mixes images and sound, composes texts, and searches through the archives of its memory and hard disk. The audience is invited to pry deep into the heart of his intimacy, laid bare and made visible to all via wide-screen projection. For Alan Pauls, the novelist, what interests Federico León most, “is notrisk - which is its most respectable and obvious version - but danger itself.” Indeed, in Las ideas, Federico León walks a tightrope, on the frontier between fiction and reality, in order to bring onstage the dizzying effects of the creative process. 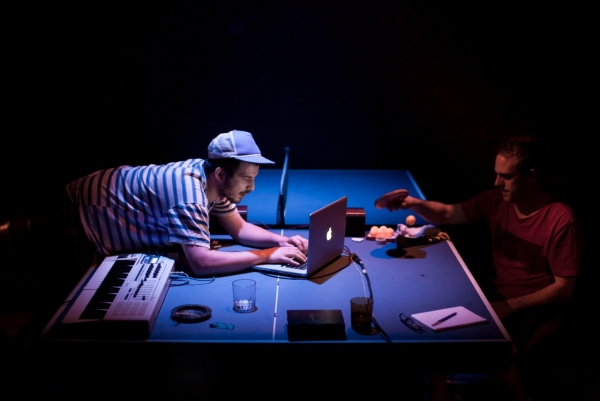 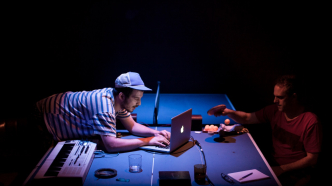 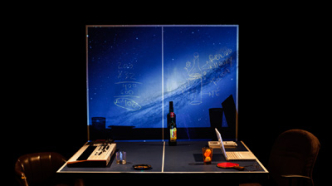