“Spontaneous movement has vanished from the neoliberal environment that society has now (undeniably) become.” A banner hangs over the stage, displaying a proclamation as long-winded as it is lame. But this a slogan whose meaning is perhaps less important than its interrogatory function. The enigma builds or fades, depending on individual temperaments, as the silence at the start of Onomatopée sets in. Five waiters are in a back room, as though waiting in the wings after playing their role. They soon strike up a conversation, a somewhat trivial one at that, about the virtues of sugar, mint and water. Onomatopée could just as easily not have had any words in it. In any case this was the idea of Tg Stan company’s Damiaan De Schrijver when he approached his fellow companions from the Koe, Dood Paard and Maatschappij Discordia companies about embarking on a polycoproduction experience. This is how he describes the projects shared with actors from different horizons, such as Du serment de l’écrivain du roi et de Diderot in 2001. He discovered a dictionnary of onomatopoeia while performing this piece in Toulouse, and it this dictionnary which constitutes the subject, or rather the pretext, for this current work. Ultimately, there are many words, probably too many. However, they are not so much the vehicules of a specific thought or element of narration but rather concrete objects, used for their qualities of sound and expressivity, and their ability to relate to other words. From idle conversation about the rain and the fine weather to animal-like eructations and screams, language is the basis for this unique visual and poetic work, alternating between dada, zoo and chaos. 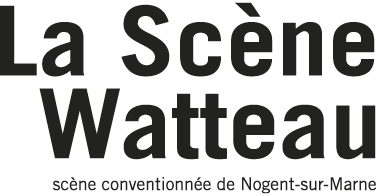 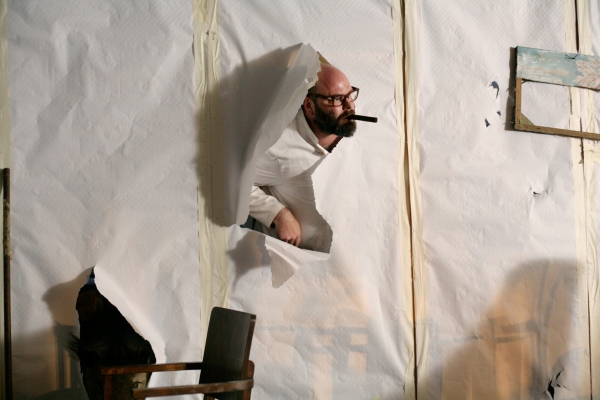