Maxime Kurver’s point of departure is a “dictionary of music”. Thousands of entries, in other words, classified in alphabetical order with the stated aim of listing what musical art is, in all its various forms. Taking in composers, styles, forms, motifs and the like, the range of notions covered is extensive. Indeed, it brings into play issues that are not just technical, but which are also related to culture and aesthetics. The challenge which the Dictionnaire de la musique actors have set themselves is none other than to play out this dictionary in real time and in the very real space of a theatre stage.
Given the unfeasibility of an exhaustive approach, what the performers seek to do onstage is to establish their own inventory of this medium. Thus, they turn to the performing, or performance, of certain aspects of it, incorporating the definitions into their own reality, thereby creating an array of miniature possibles of thought in construction. The idea meets the body, and the polyphonic reality of the actors brings into opposition the concept with its questions: how can the theatrical space match up to the abstract nature of a dictionary? In what respect is a - musical - idea a reducible one? How can we produce thought in the arena of the spectacular?

Dictionnaire de la musique plays upon the idea of the encyclopedia in order to break away from it. In this way, the stage becomes an extra-musical laboratory. Maxime Kurvers invites us to reflect upon theatre and, in the wider sense, art and its links with thought. Via the unique figure of transposition, his dictionary thus becomes not just a musical score, but also a physical and theatre-based one. 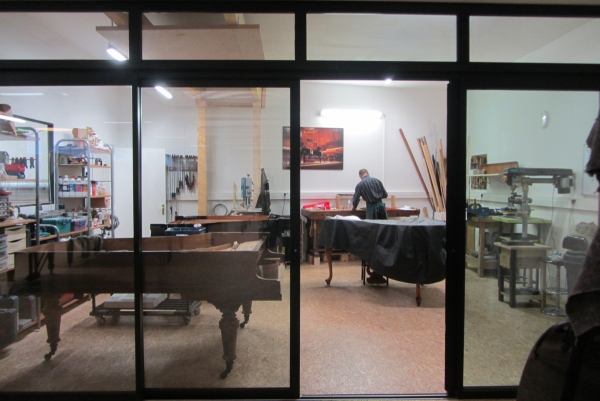