At a time when images and videos bearing witness to war and horrors of all kinds saturate the media, Rabih Mroué brings into question our visual culture. When an image becomes a symbol and icon, is an emotional response the only one possible? Shifting between the visual arts, theatre and history, the Beirut-born artist takes a much-needed step back from the structures underlying our forms of representation, a distance which leaves room for reflection.
In Pixelated Revolution, a “non-academic” conference first performed in 2012, Rabih Mroué brought together videos dating back to the onset of the Syrian revolution and commented on them. The images we see are those of the régime’s security forces, their gazes crossing the lenses of mobile telephones held up by demonstrators. The latter then fall to the ground, off-screen, under the blows of their assailants. Rabih Mroué heads off on a quest into the meaning of these first-person images which, despite their fragmentary nature, are a key element in contemporary reporting and coverage.
For his new work, So Little Time, Rabih Mroué returns to his native land in order to look into the unique story of Lebanon’s first martyr, during the 1960’s. When the body of a young student who has gone off to join the Palestine Liberation Movement is brought back to the country, a national homage is organized and a monument inaugurated. During the course of an exchange of prisoners, however, it turns out that the sanctified individual is alive and well. What do we do with a flesh and blood martyr? Via this individual’s story, Rabih Mroué sounds out, in words and images, the modern-day history of Lebanon itself, haunted by the dead and its own contradictions.

A show by and with Rabih Mroué 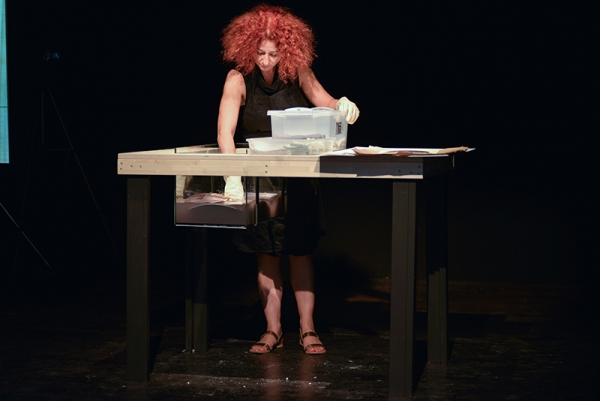 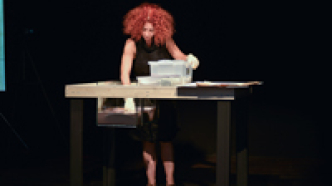 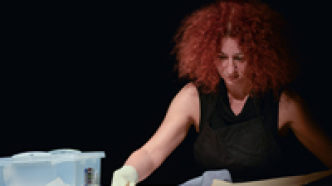 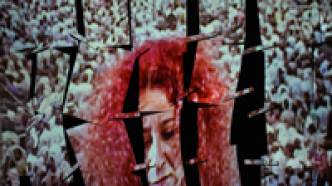