A man and a woman. The West, the East. The Tiber, the Nile. Love and war. Intimacy, politics. Life, death. Antony and Cleopatra. The legendary love story between the Roman general and the queen of Egypt laid its foundations in the trough of never-ending dissension. Carried on through the centuries via the oral tradition, this romance has provided the stuff of major works. Each in accordance with its own art and time, Plutarch’s narrative, the tragedy by Shakespeare, and Mankiewicz’s film has drawn our attentions to one or other of its various constituent dichotomies. Here, Tiago Rodrigues, one of the most compelling authors and directors in theatre today, serves up his own vision of the myth. Whilst his text is punctuated by a few quotations from Shakespeare, and his readings of Plutarch’s Parallel Lives are in evidence, the director has composed a poem which is both epic and contemporary. He gives it to Sofia Dias and Vítor Roriz, a dance duo and choreographers, not to be acted out but to spoken-sung-danced. They do not enter into contact with each other, indeed it is as though they can hardly see each other, but their words dance and intertwine, with a voluptuousness which only the fervor of love can stir up. Everything is suspended, in mid-air. In the air that the gestures and words sculpt, as well as a hanging mobile, the only element of stage set. More than a piece of theatre, it is a living form, unique, which defies genre, and which gives body and shape to Plutarch’s aphorism: “The soul of a lover lies in the body of another”. The result is a pared-down work of immense elegance and subtlety, an ode to love. 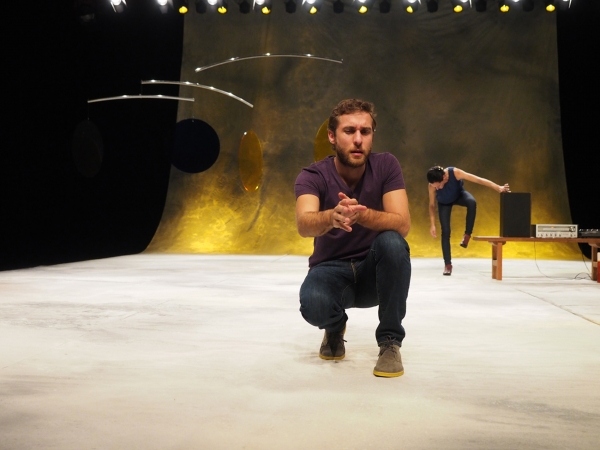 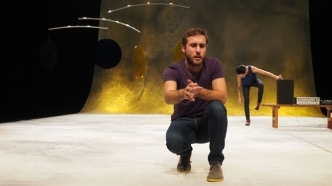 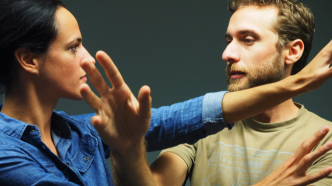