In conjunction with the Portrait dedicated to him in this year’s edition of the Festival d’Automne à Paris, Jérôme Bel’s next production carries the title of Un spectacle en moins, because there just might be one too many already...
Jérôme Bel’s titles entertain a unique relationship with the pieces they refer to. They are both literal and open to interpretation. Reading them in chronological order, they also form a sort of sentence, in which they converse, and comment on each other. They lead to a constant reexamination of what constitutes Jérôme Bel’s principal subject matter: the show. Each title forms a logical coupling with what comes before it or after it: Name given by the author / Jérôme Bel; Le dernier spectacle / The show must go on ; Disabled Theater / Gala. If Gala put theatre in the hands of those who are deprived of it, its spectacular form, in turn, was a call for an assessment of the state of play. It was a way of re-stating the pre-requisites of a show in order to extract its least visible elements from it - its grey areas and the unexpected. This time around, it is not Le dernier spectacle - a radical statement - but Un spectacle en moins. We can interpret this title as a show made with limited means, but also as a way of reducing or diminishing the effects of power inherent in the apparatus of theatre. In connection with the creation of this new work, three monthly rendez-vous will be taking place at La Commune Aubervilliers. These critique workshops will enable Jérôme Bel to put his ideas to the test before a live audience. 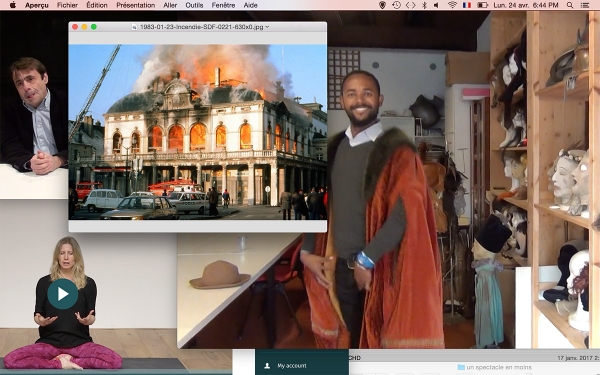