Mixing together theatre-based installation, audiovisual archives and written accounts, Mapa Teatro brings to the stage the vestiges of an armed conflict lasting over half a century in Colombia. This is a piece which does not steer away from fiction and in which the poetical takes hold in the montage of documents taken from reality and the real.
La Despedida is the final chapter in the “Anatomy of violence in Columbia” project, set in motion in 2010 by Mapa Teatro. The project is dedicated to fifty-two years of internal armed conflict and which came to an end in 2016 with the signing of a peace agreement between the government and the Revolutionary Armed Forces of Colombia (FARC). Following on from Los Santos inocentes (2010), Discurso de un hombre decente (2012) and Los Incantados (2014), the final chapter in this project looks at the end of a war. This bringing to an end of the hostilities also signifies “the end of a utopia, a farewell to the longest-standing revolutionary dream in the whole of Latin America”. Deep in the heart of the equatorial rainforest, current events have come together with history, heroes have become statues, an abandoned guerilla camp has been transformed into a museum now open to visitors, and a theatre stage on which the sacred has taken up its place once again. Using a multi-disciplinary approach featuring a blend of theatre, audiovisual archives and written testimonies, Heidi and Rolf Abderhalden continue the process of research that they put in motion over thirty years ago. 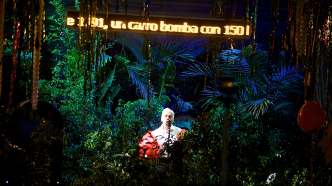 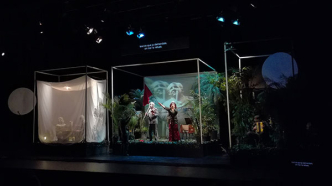 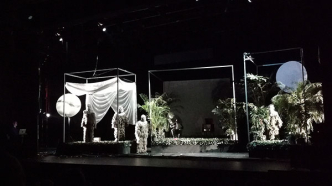 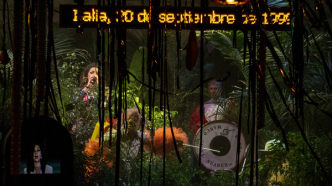