In accompaniment to two major works by Merce Cunningham, Sounddance and Fabrications, Petter Jacobsson and Thomas Cale have put together a show in the form of a tribute. Performed by the pianist Vanessa Wagner, its interplay of mirrors and infinite reflections will be set to the score of Four Walls by John Cage.

This first programme presented by the CCN – Ballet de Lorraine offers certain keys for understanding the founding principles of Merce Cunningham’s art – the importance of sound, chance occurrences and the taking into account of context. Is this a dance of sound, or the sound of dance? David Tudor’s composition for Sounddance has a revelatory effect on the bodies of the dancers. In a space divided up by a gold-coloured curtain of baroque drapes, the different phrases follow on from each other in interweaving movements of torso and feet in a way which deconstructs the order of ballet. Fabrications uses a system of divination inherited from Yi Jing, in which the succession of phrases and number of dancers is determined at random, giving rise to a mise en abyme of the creative act. For Four Walls by Petter Jacobsson and Thomas Caley, the two directors of the CCN – Ballet de Lorraine, draws upon Four Walls, the first collaboration between Merce Cunningham and John Cage. Rather than recreating the original piece, they have used the score for piano and voice as the driving force behind this free interpretation. Performed live by the pianist Vanessa Wagner, the melancholic atmosphere of John Cage’s music hovers over the interplay between the mirrored movements. 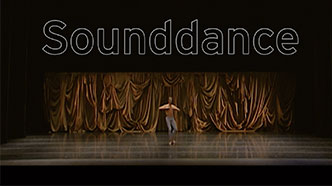 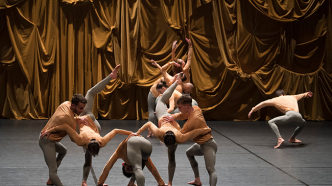