Reducing the audience-stage divide to dust, this production , a mix of performance, text and video, sees the “enfant terrible of South African dance” directing a piece of theatre for the first time. The choreographer’s ongoing preoccupation with the inequalities of the contemporary world bring a new sense of urgency to the lines of Jean Genet’s text.

No, what we are seeing is not a shift in Robyn Orlin’s choreographic career towards the theatre, but rather a one-off piece of work, born out of absolute necessity. In The Maids we find the whole range of themes that drive her unique combat, ranging from alienation, devotion, and jealousy to transvestism. Overturning expected norms with her customary insight, finesse, and audacity, she dissects, through the medium of Genet’s text, performed here in its entirety, the socio-political intricacies of our world in an unrelenting, humorous way. By giving the play’s three roles to male actors, backed up by the onstage projection of The Maids by Christopher Miles (1975), the artist brings to the stage all forms forms of social, political, family-based and psychological alienation, ranging from class differences, workplace relations, racism, and exclusion to homophobia. As a parody of classical tragedy, The Maids also enables her to come back to an old favourite of hers: the deconstruction of accepted forms of art. Her aim in doing so is to enable it to reach out to all, male and female alike, and to throw light on the countless prejudices rotting away at the core of society.
––––––
Running time : 1h20 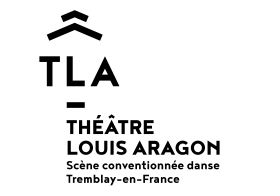