In Les Lettres de non-motivation, the visual artist Julien Prévieux replies in the negative to a whole series of job offers. With each new letter, he comes up with a never-ending variety of reasons for his refusal and, in doing so, takes on a number of different roles, similar to the different dress codes we are obliged to wear in order to be taken seriously on the job market. Taking the opposite view of the letter of motivation, this social ritual, he summons an army of recalcitrant would-be workers - an array of duplicate individuals who take offense, shy away, express their feelings of insufficiency, avoid answering questions, point out inconsistencies, expose ideologies and generally proclaim their lack of interest in a paid post.

Vincent Thomasset takes this piece, brimming with lavish, frenzied language, and brings five actors together in order to embody these letters and set them down physically in a mental space, that of reading. As an activity, the latter might range from silent to noise-based, intimate to official, spontaneous to prepared, and free to constrained. Comprising job offers, letters, and their replies, some personalized, but mostly automated, this work is based around the notion of resistance - to work but also to the stage. For the actors in these Lettres de non-motivation work from a paradoxical starting point, that of their resistance to going on stage, and they delve deep into their own imperfections as actors or actresses in order to throw light on what - or rather who - makes theatre. In this interplay between masks and metamorphosis, we are made to ask questions about our relationship with the grand enterprise of theatre, but also the mechanisms of power that structure social interplay. 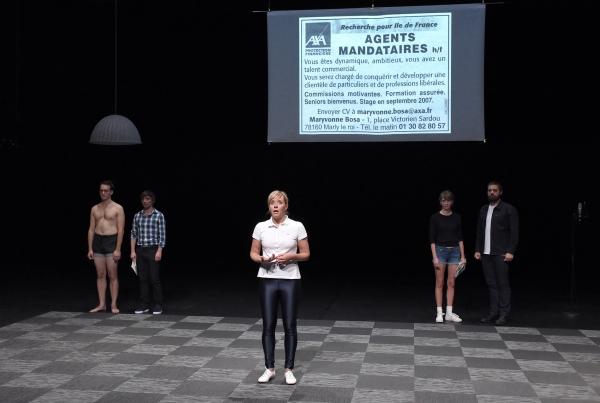 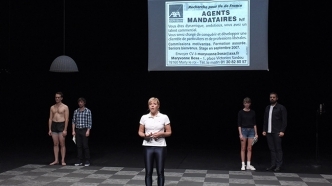 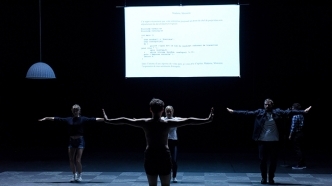 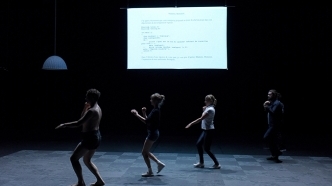