A constellation of Brazilian voices: this is choreographer Lia Rodrigues's proposition for a “collective” Portrait. Over the past three decades, the choreographer, dancer and pedagogue has been inventing new paths for dance in Brazil. Since 2004, her company has been based in the Maré favela, in Rio de Janeiro, where she founded the Maré Arts Centre and the Free Dance School of Maré in partnership with the Redes de Maré association. At the Festival d'Automne, powerful and committed works from her repertory, as well as a new creation, Encantado, will dialogue with a series of artists who, in the eyes of Lia Rodrigues, constitute the richness of the country's choreographic scene.What does a Festival d'Automne portrait represent for you, in the present context?
The invitation came quite early because I knew that I was going to create a new piece in 2021, long before the pandemic arrived. Since then, I spoke a lot with Marie Collin, the Festival d'Automne's artistic director, about what a Portrait would mean for me. Last year, the celebrations for the thirtieth anniversary of my company's existence focused on the idea of repertory: we still perform pieces that we created twenty years ago and which we were due to take on tour, but then everything was cancelled, as it was for everyone else. At the moment in Brazil, the level of suffering is huge, due to a fascist and genocidal president. It made us think hard about what a Portrait would be like in such a dramatic situation. In view of everything that is going on, what would it mean?
I was trained by others. I wouldn't be here if it wasn't for them. I see myself as a collective person because there are so many things that traverse me. For me, to work and create signifies being in a moving sea, in which the waves bring ideas, encounters, people, and then withdraw, and go back out to the great ocean, where they intermingle with many other ideas from dances of the past, and all this in constant movement. It is about being part of a constellation, in which the planetary system is balanced, completed, organized and reorganized. In my case, this universe finds its equilibrium in a space which exists for real, the Maré Arts Centre. Thus, for us the idea of having a portrait which spoke of the collective seemed to be in tune with the values that I have always upheld.
How has your company been affected by the pandemic?
I am the company's administrator and, with the help of a collaborator, I have always taken precautions: money earned from tours is always invested in the next project. With these savings, and the help of a few European institutions, during the pandemic, I paid everyone over the course of nine months. This enabled everyone to stay at home and ensure their family's survival because the situation here is very serious and there is no work. Things were really tight at one point, but I got used to the uncertainties of life. It is not possible to compare life in Brazil with life in France; it is important to understand this. We do not have this social stability, or infrastructure, and this makes a big difference. Here, there are no hospitals for the vast majority of the population, and there is no support from the government.
How have you thought up the “constellation” of which this Portrait is composed?
This Portrait is like a mosaic, a collage of stories and perspectives, which combine and contrast with each other. It regroups several generations of Brazilian artists, some of whom have performed in my pieces. In some way or another, each of them brings to the stage voices that need to be heard, more. It is vital to open ourselves up to other aesthetics.
I, myself, am a 65 year-old middle-class white woman living in Brazil – which means a lot because Brazil is an extremely inegalitarian and racist country. I was able make the choice to be an artist very early on, which is not at all the case for most people. With respect to this Portrait, it is amazing to see all the artists that we have succeeded in programming, who are going to be there and linked with the different theatres.
The idea was to listen to each other, and discover the different possibilities for sharing. In my opinion, this is how we can produce an ecology of consciousness. In the Ubuntu philosophy, I am because we are: it is in such an environment that solidarity can emerge and manifest itself in a tangible manner.
Interview conducted by Laura Cappelle

The Lia Rodrigues portrait is presented with the support of Fondation d'entreprise Hermès. 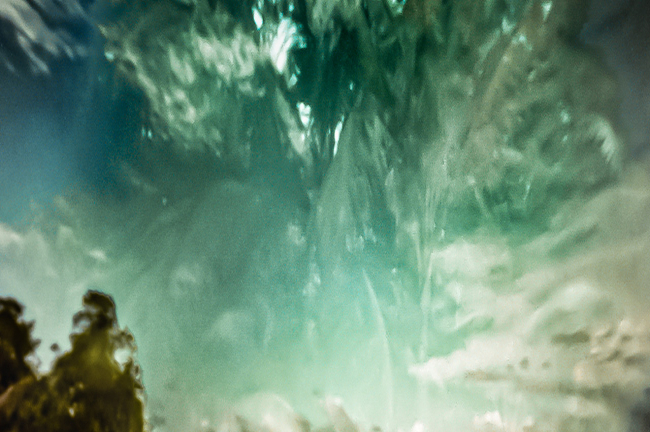