Jérôme Bel The show must go on

20 performers, 19 songs and one DJ. By use of a simple action/reaction mechanism in between the hits and moving bodies, Jérôme Bel has devised a piece which brings together affect and concept, collective subconscious and exhibition of uniqueness. In this revival featuring members of Candoco Dance Company, the show goes on (going on)...
The Show Must Go On, originally a song by Queen, is also the name of one of the choreographer Jérôme Bel’s most prolific works. The simplicity of its effects endows it with the value of a conceptual manifesto. However, the show, with its double covering of referential layers which almost conceals its meaning, is also a statement: “the show must go on”. It becomes an affirmation of the persistence of the moving bodies and of dance - once we have stripped them of the artifices of virtuosity and eye-catching movements. Songs, bodies and statements is what the show is about. It resembles a sort of choreographic karaoke in which the performers do exactly as they are told to do in the words of the songs, thereby shifting the relationship between what we see and what we hear, what we await and what we receive, what we feel and what we perceive. As always in the work of Jérôme Bel, the scope of the piece extends far beyond its concept. It serves to amplify and extend its combinatorial elements into the here and now. Since its first performance in 2001, The Show Must Go On has never stopped going on(wards). This new version is in collaboration with the Candoco Dance Company, in which dancers, professional and amateur, handicapped and non-handicapped alike, work together. The piece has echoes with Disabled Theater and Gala, recent creations by the choreographer. They are a testament to Jérôme Bel’s ability to absorb bodies of all kinds... and to continue, against all odds, to give resonance to and interpret the signifiers of our era. 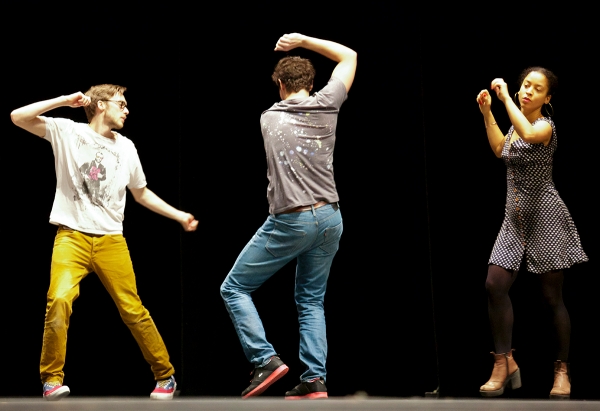 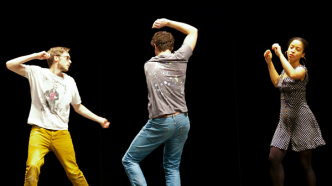 The show must go on © Pedro Machado 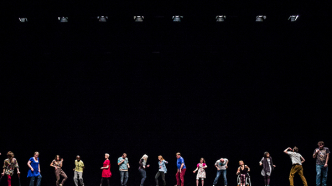