This programme, which coincides with the fiftieth anniversary of the CCN-Ballet de Lorraine, gauges Merce Cunningham’s influence on contemporary dance. In resonance with the pop-inspired universe of RainForest, the New York choreographer Miguel Gutierrez’s energy-filled choreography becomes the basis for exploring the notions of diversity and the sharing of differences.

In line with its objective of opening up dance in all its various forms, the CCN-Ballet de Lorraine has chosen to approach its tribute to Merce Cunningham through an interplay of connections. The objective is to throw light upon the way in which today’s generation reinterprets the heritage left behind by the founder of modern dance. Under the heading of pop aesthetics, the two shows in this programme, RainForest (1968) by Merce Cunningham and Cela nous concerne tous (This concerns all of us) (2017) by Miguel Gutierrez echo each other in different ways. RainForest translates the effervescence of the New York artistic scene in the 1960’s, and formulates a synthesis of its different tendencies. In order to structure the suspended universe that characterises this piece, Cunningham made a proposition to Andy Warhol to use his Silver Clouds, consisting of pillow-shaped, helium-filled silver balloons. These aerial shapes set up a dialogue between the bodies of the dancers and the sounds conjured up by David Tudor, creating an intriguing, artificial nature. In a distant echo to Cunningham and Warhol, Miguel Gutierrez has mobilised the CCN-Ballet de Lorraine ensemble for an off-beat, critique-based rereading of the collective utopia of the 1960’s. Driven by a shared fervour, the twenty-four dancers unfurl before us a constantly changing chaos of colours, sounds, garments and moving bodies.
––––––
Running time : 1h45 interval included

Please telephone directly the theatre booking office or register to the waiting list for shows which are listed as “sold out” on the Festival website.
MC93– maison de la culture de Seine-Saint-Denis 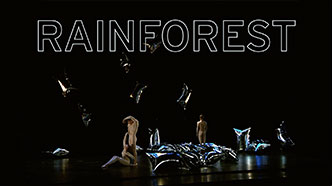 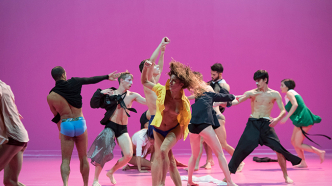 "Cela nous concerne tous (This concerns all of us)" (Teaser) 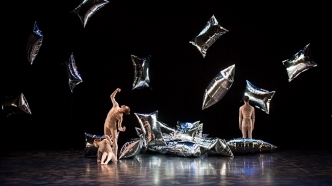