In Jérôme Bel’s invitation to Valérie Dréville to apply her own ways working to that of dance, the choreographer undertakes a shift which renews its performativity. Choreographic writing gives way to the imaginary world of the actress, conferring to the performance all the richness of her experience.

A firm believer in the idea that certain choreographies are as eloquent and full of meaning as the major dramatic works, Jérôme Bel has asked an actress, Valérie Dréville, to perform dance solos taken from the repertory of three choreographic modernities (German, American and Japanese). The interpretation will thus be defined by this meeting point between the practices of dance and theatre, choreography and language. Rather than setting out to imitate the work of the female dancer, Valérie Dréville tackles the partition via the means of theatre, thereby abandoning all the various forms of formalism which habitually prevail in dance in favour of the work of her own imagination. The strength of her performance thus stems from her ability to assimilate a form of knowledge or skill in order to transform it into various revelatory states of body and mind. This removal of form in favour of meaning modifies in a profound way the conditions for creating a solo dance piece, such as its aesthetic reception. As part of this mechanism, the expression of interiority takes pride of place over concerns related to appearances, and experience supplants representation, to the extent that the execution of this theatrical act ultimately has less to do with that of the spectacle than an event of some kind. In accordance with the choreographer’s commitment to environmentally-friendly practices, the show is available in “local” versions, adapted in different languages, such as the Dutch version featuring the actress Jolente de Keersmaeker, taking into account the singularities of each performer. 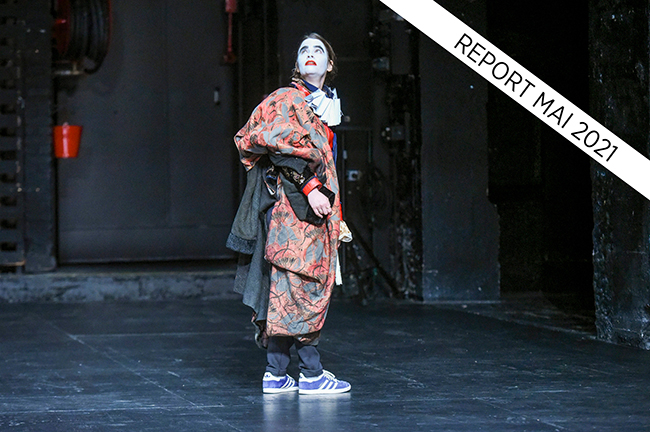